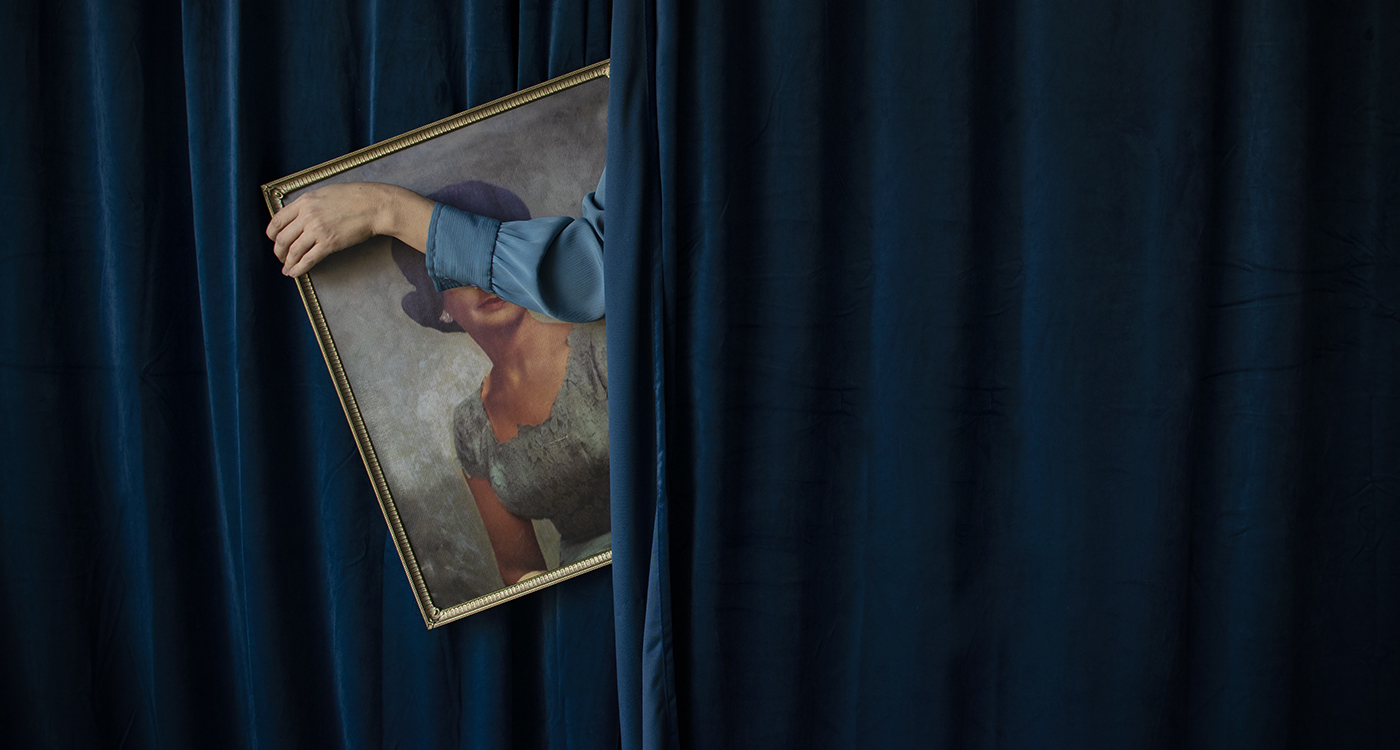 CENTER is pleased to offer the Me&Eve Grant and provide financial support to a woman, female-identified, non-binary, transgender, gender non-conforming, or two-spirited photographer, 40 years of age and over in its fourth year.

This grant is made possible by Review Santa Fe alumna, Dorie Hagler, whose project Me&Eve amplifies the voices of women. Initiated in 2016 on International Women’s Day, this project was inspired after seeing the transformative effects of witnessing women share their stories.

–
CONTRIBUTE TO THE SHOTBYWOMEN IMAGE LIBRARY: 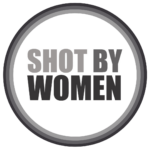 New in 2022, and in alignment with our response for recognition of equity and representation in the field, all Me&Eve applicants will be invited to contribute to SHOTBYWOMEN – an Image Bank platform for license and distribution of content created exclusively by women and female-identifying photographers from around the world.

From the project statement – “Some say my dad’s death was the spark that ignited my depression, but this feeling has been brewing for a while. I started to notice a sadness creep in a few years into my 40s. I searched “depression in women” and stumbled across articles stating women are the most depressed at age 44. I was at that very moment 44.

Using the color blue, which for hundreds of years has been associated with melancholy and sadness, these images evoke this period in my life and how it affects those around me. A mid-point, as I am stripping down, taking stock, and finding a new place amongst the loss.” 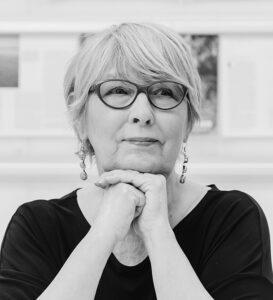 In 2013 Sarah Leen became the first female Director of Photography at National Geographic Partners. In late 2019 she founded the Visual Thinking Collective, a community for independent women photo editors, teachers, and curators dedicated to visual storytelling.

Leen works with individual photographers and agencies consulting and editing projects and books including the 2020 FotoEvidence and World Press Photo Book Award winner HABIBI by Antonio Faccilongo, Anders Wo by Petra Barth, and Like a Bird by Johanna-Maria Fritz.

She is on the Board of Directors of the International League of Conservation Photographers.

All of CENTER’s Call for Entries opportunities accept submissions from national and international photographers and lens-based artists. Work can have been made at any time, and work that has been previously submitted may be re-submitted as we invite new jurors each year.

• GRANT REQUIREMENTS: The me&EVE Grant funds and package are provided to a female, non-binary, transgender, gender non-conforming, or two-spirited identifying photographer, 40 years of age and over.
• NOT ELIGIBLE: If the photographer is represented by a major international photographic agency or does not identify as female or non-binary.
• FUNDS: Provided Grant funds may be used for most expenses related to the project.

If you have questions about your eligibility for a grant, please email us before submitting your application.

Q: WHAT ARE THE SELECTION CRITERIA?
A: 1) Projects, as well as all submitted text, should be examples of excellence within the discipline, both visually and conceptually.  2) The award winners should be at a place in their work and career where they can benefit from the exposure, networks, and opportunities that CENTER offers.  3) The photographer must be committed and able to ensure the advancement of the project with the grant funds and support received.

Q: DO YOU “PRE-SCREEN”?
A: No, all work submitted is seen by the jurors only.

Q: WHAT ARE JURORS LOOKING FOR?
A: The jurors are looking for cohesive, compelling bodies of work that are ready for international recognition.

Q: WHERE CAN I ACCESS MORE INFORMATION ABOUT THE JURORS?
A: Access the extended juror bios webpage to read each juror’s full biography.

Q: WILL I RECEIVE FEEDBACK ON THE WORK?
A: Due to the number of submissions the committee and staff are unable to provide specific feedback at this time.

Q: MAY I SEND MY BOOK, POSTER, EXHIBITION ANNOUNCEMENT, ETC.?
A: Websites, prints, books, posters, announcements, and other physical/emailed materials sent to us will are not be reviewed for submission to our Call for Entries. You must submit your work within the online submission portal for your work to be reviewed by the categories juror.

Q: CAN WE APPLY AS A DUO OR GROUP?
A: Yes, please use one artist’s name and information on the application, and in your project statement note that this is a collaboration. To ensure a blind jury process, please do not list the group of artists’ names in the project statement. Please note that winners will receive one slot at Review Santa Fe, so the group would sit together in front of each reviewer.

Q: WHERE DO I APPLY?
A: You will apply within our online submission system that is sent to you via email once your payment has been processed.

Q: WHAT ARE THE FILE REQUIREMENTS?
A: All images and files must be uploaded through our online submission system. We now accept JPG, PDF, TIFF & PNG files for all applications. When submitting JPGs, please size at 1400 pixels on the longest side with a minimum dpi of 125.

Q: HOW SHOULD I LABEL MY FILES?
A: To successfully order files during upload, we suggest you rename files before uploading them as they are uploaded and organized in alpha order. Begin the filename with a lower-case alphabetical letter. Include the title in the filename after the letter and underscore [ex: a_Title.jpg, b_Title.jpg].

Q: MAY I SUBMIT TWO OR MORE BODIES OF WORK?
A: Yes, you can submit more than one portfolio to the same category, however you must pay for an additional entry – this applies to all categories open for submission.

Q: MAY I COMBINE BLACK & WHITE AND COLOR IMAGES INTO ONE BODY OF WORK?
A: Yes, all types of image processes are allowed within each submission.

PROJECT STATEMENTS:
The first sentence of your project statement should include a short synopsis of the project. Statements are limited to 325-words. As our jurying process is blind, please do not include your name, any website links, or emails in your statement.

Q: WHERE DO I UPLOAD MY STATEMENT?
A: You will upload your project statement within our online application form that is provided via email.

Q: HOW IMPORTANT IS THE PROJECT STATEMENT & WHAT SHOULD IT ADDRESS?
A: The project statement is very important and will often move a submission forward in the judging process or conversely, a poorly executed statement will eliminate the project. The first sentence of your statement should include a short synopsis of the project. The overall statement should address the “why” more than the “what.” For example, address why you decided to photograph the subject and what your photographs are meant to convey.

Q: TO WHICH DIMENSIONS ARE YOU REFERRING TO?
A: The dimensions of the final product when ready for exhibition. For instance, if you print 20″x24″ Cibachrome and are submitting 8″x10″ digital prints please indicate the final version of the work.

Q: WHERE CAN I INCLUDE INFORMATION ABOUT THE PROCESS AND MEDIUM OF MY WORK?
A: We have included a new section for you to indicate the process and the medium used for your project, series, singular images, or multimedia project. Previously requested in the project statement section, we have moved this inquiry to its own section to avoid taking away from the project statements’ word count.

Q: DO YOU ACCEPT SUBMISSIONS FROM FEMALES TO THE ME&EVE GRANT OR ONLY LGBTQ+ INDIVIDUALS?
A: Yes, the me&EVE Grant accepts submissions from the following: women, female-identified, non-binary, transgender, gender non-conforming, or two-spirited individuals, that are 40 years of age and over. 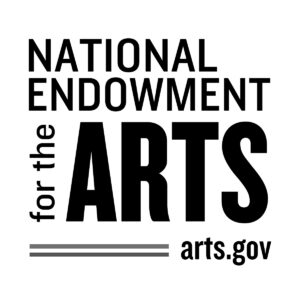 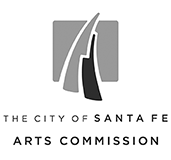