Images from the series "Living With Conviction" © Deborah Espinosa

Living with Conviction leverages legal empowerment strategies, including multimedia storytelling and legal literacy trainings, to advocate for an end to onerous court-imposed debt.

“An unjust law itself is a species of violence. Arrest for its breach is more so.” ~ Mahatma Gandhi

Living with Conviction: Sentenced to Debt for Life in Washington State leverages multimedia storytelling and legal empowerment strategies to advocate for an end to onerous legal financial obligations (LFOs), which courts impose on defendants at the time of sentencing.

For decades, Washington courts have been imposing these LFOs, i.e., fines, fees, costs, and victim restitution on criminal defendants at the time of sentencing, which until recently have accrued interest at a rate of 12%.

Upon release from prison, a person typically has 30 days to make the first payment to the county clerk’s office, often a minimum of $25 per offense. Failure to make one LFO payment can result in arrest. Upon arrest, they are at risk of losing housing, jobs, and even custody of children if they are single parents. 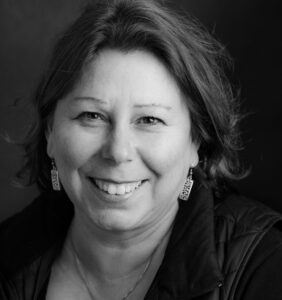 Today, LFOs imposed on individuals convicted on or after June 7, 2018 no longer accrue interest, except for victim restitution, which continues to accrue 12% interest. Existing non-restitution LFOs no longer accrue interest. Formerly incarcerated individuals now may file a motion with the court to request a waiver of the interest accrued on non-restitution LFOs. That is what we are helping with, in part.

The reform, while a step in the right direction, does not alleviate the reality that LFO debt remains physically, mentally, emotionally, and financially crushing to individuals re-entering our communities following incarceration.

LFO policy is designed to fund the criminal justice system on the backs of the poor and racial minorities, perpetuating cycles of incarceration and poverty. It represents institutional discrimination and structural racism at their finest. Learn more here.

“It’s an act of love and an act of faith to allow yourself to feel the pain of another.” ~ Isabel Wilkerson

Through recorded interviews and photoshoots, formerly incarcerated individuals share what it’s like for them and their families to try to survive and thrive under court-imposed legal debt, which in Washington State has been accruing interest at a rate of 12%. Recent legal reform has helped, but substantial relief from this debt remains largely inaccessible, read their stories here.

Contribute to Deborah Espinosa’s work Living With Conviction below –